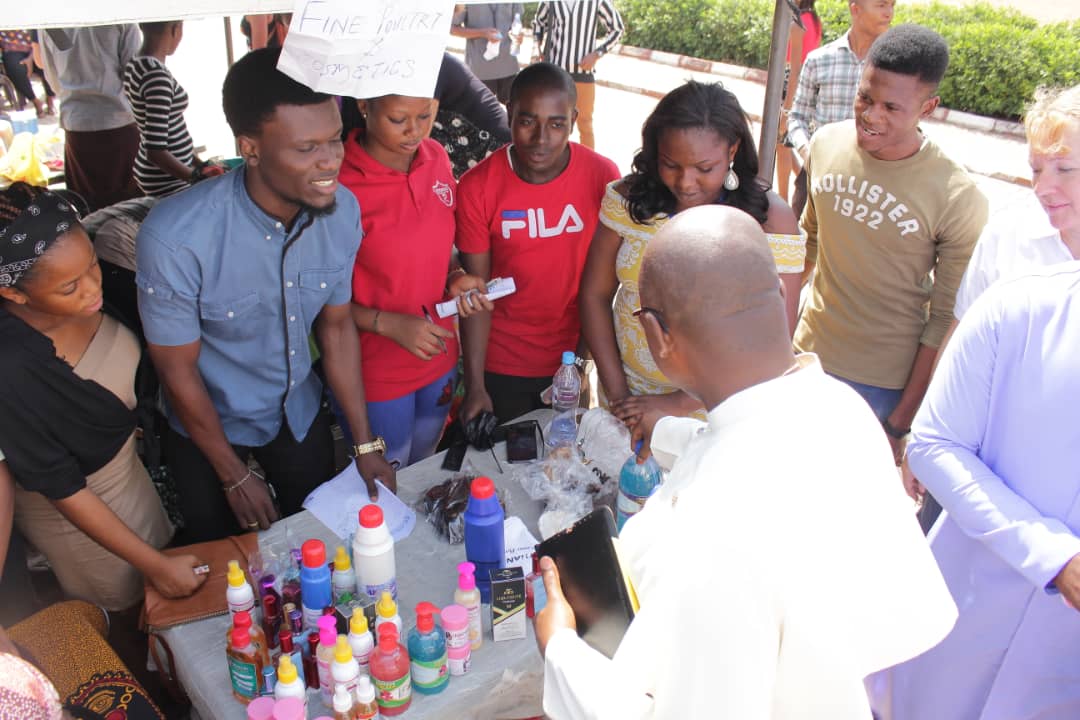 On the 13th of December 2018, Godfrey Okoye University, Enugu organized her TOWN and GOWN Assembly. A programme targeted towards creating an interactive sphere for the members of the university community (GOWN) to discuss vast socio-economic prospects/ directions and possibilities with members of the outside community (TOWN). In the forum, the students were exposed to entrepreneurial and other economic possibilities awaiting them outside the university. These in turn, should prepare them for the world after graduation.
Companies, Industries, Organizations and Agencies gathered to dialogue their services with the students to encourage them to explore possible entrepreneurial directions or research foci.
In the words of the Vice Chancellor, Rev. Fr. Prof. Christian Anieke, during his introductory speech, the Assembly was to focus on the exposing the students to certain areas of interests so as to make it easier for them to choose career directions and prepare their minds to face the reality of what the society holds for them after school. He highlighted that Godfrey Okoye University, Enugu is the first institution in Nigeria to host such Assembly. He also stressed that DIALOGUE is core to the university’s principles; and that it’s in the same vain that such avenue was created for a dialogical relation between the TOWN and the GOWN to help make the society a better place.
The VC took instance from the STEP project and analyzed in detail the testimonial effects the project has had on the minds of the participating students. These students, he noted, “…if financed today will become millionaires in one year”. He marked them as economic Time-Bombs awaiting right financial triggering to blow. Furthermore, the VC announced that the year’s TOWN and GOWN Assembly was not for Organizations and Industries to tell students what to do to grow their economics prospects after school; but to show them in practical terms how to do so. He further challenged the TOWN to suggest areas of research interest which they feel that the GOWN could embark upon to better living in general.
The assembly was attended by various organizations, industries, and Agencies, governmental and non-governmental all of which delivered thoughtful speeches and exhibitions. Some among the visitors were:
Corporate Affairs Commission
Victory Agro and Frames
United Bank for Africa (UBA)
Federal Radio Corporation of Nigeria (FRCN)
Finat Professionals
Lantena College of Hospitality
Aaron’s Place Ltd.
Polaris Bank
GOUNI Centre for Social Media Studies

High Points of the Day’s Event
The popular Nigerian song Writer and artist, Tochukwu Victor Okoh alias Perruzi appeared on the stage to complete the TOWN. 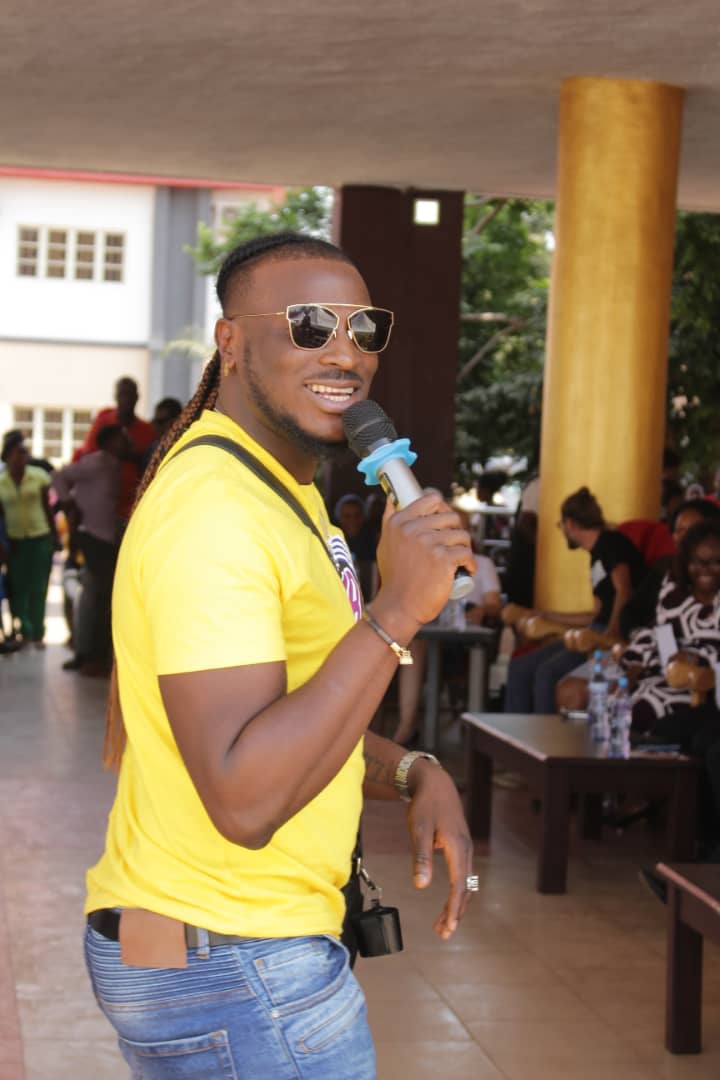 He did not only deliver a quick performance, but also gave a power-packed words of exhortation. The Afro-Pop singer enjoined the students to take education very seriously before pursuing any other career; as education is the foundation of every entrepreneurship. The entertainer confessed to having studies Medicine & Surgery before finding love in the entertainment industry.
Additionally, the graduates of the STEP exhibited their very numerous products from their respective groups to the amazement of every attendant. The exhibitions were accompanied with the award of CERTIFICATES to the STEP GRADUATES as well as some financial awards both from the organizers and the overwhelmed Vice Chancellor, Rev. Fr. Prof. Anieke. The Vice Chancellor Heartily congratulated the beneficiaries as well as thanked the University’s International Liaison Officer Mrs. Meggy Kantert for her every effort in attracting the STEP and many other similar projects to the university